The world ended, but not in fire. 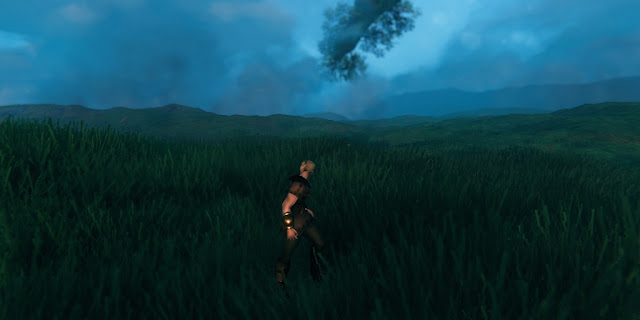 I'd returned home after slaying the Elder, but when I next logged in to Valheim I wondered for a moment if I had, for some reason, appeared in a different location.  This wasn't my house, and come to think of it even for the Meadows biome this was rather too open.  Where were the trees, the rocks... the anything?

The world destroyer bug had struck, and left the land stripped down to nothing but base terrain and the sea.  I'd heard of this bug, and indeed a few weeks ago it hit the world I've been duoing with a friend.  I didn't see that one though, only heard about it afterward, and hadn't realised that it wiped not only everything I had done in the world, but everything in the world.  It wasn't until I recognised the inlet where I'd built my dock that I realised I was exactly where I had logged out.

Luckily I had a copy of my world file saved.  Unluckily it had been quite a few days since I last saved that copy.  I was able to restore the world, but lost - aptly enough - about 24 hours of played time.

Due to the way Valheim stores data - characters exist in their own files, distinct from the worlds - I hadn't lost everything.  My inventory was intact - and fuller than it usually is since by chance I hadn't offloaded most of it into storage chests since returning from the fight with the Elder. 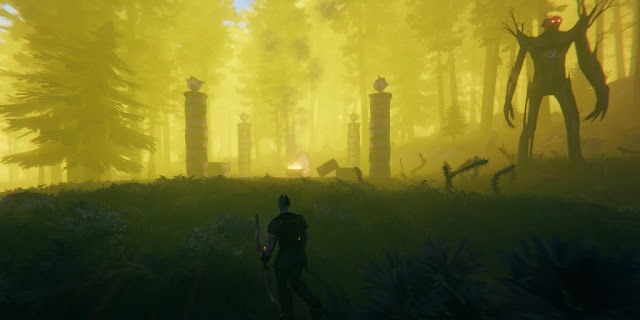 This did lead to a peculiar situation.  I had sailed up to the sacrificial stones before returning home and so I didn't have the trophy anymore, but I did have the Swamp Key that drops from that boss since I hadn't put it in my treasure chest yet.  In theory I could - after rebuilding most of my base - go straight on to the swamp, leaving the Elder unfought in this incarnation of the world.

But where's the fun in that?

I restart games often - I've written about doing so in this game before -  so there's something of an irony in this occurring now, at a point where I was finally settled on this world.  It's not a disaster though, seeing as this is a known issue, and easy enough to avoid in the future since I'm now backing up the world file much more often.

Besides that, though I've lost 24 hours of played time it won't take me even half of that time to get back to where I was.  I still have my bronze gear, which means I won't need to mine nearly as much copper and tin, and I know exactly where to go to get what I do need.

Rebuilding the base took longer than anything else, but at least this time I'm much happier with how the roof turned out. 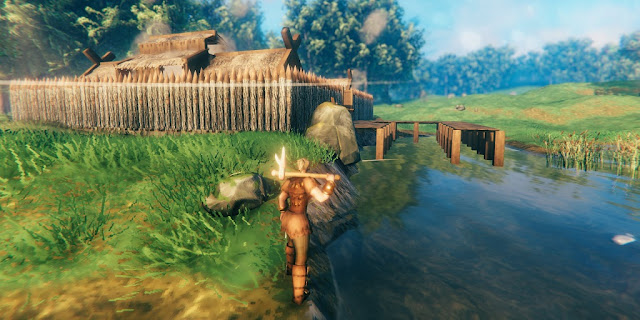 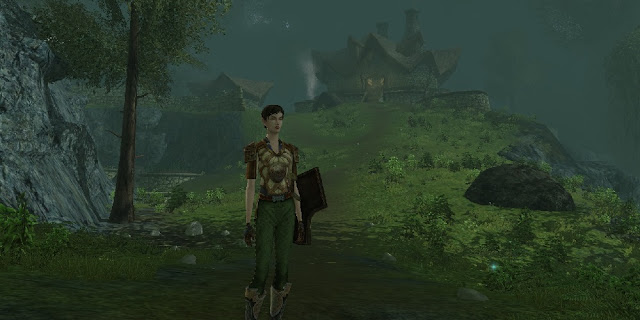 10 hours in and I'm level 18. That puts me a couple of levels ahead of where I probably should be at this point, judging by the level of the epic story quests and the mobs I'm fighting, so I'm giving some thought to what I'll do and what I'll pass on. This time. My fondness for alts means I'm always on the lookout for ways to change up the levelling paths, and having areas that I pass by on one character just means that in time I'll go back and do those quests on a different character. I prefer to run quests at my current level or above. My most recent experience of World of Warcraft dulled, in part, when nothing could kill me, and so far I've only died once during this run of LOTRO, back in Rath Taraig, when I underestimated the DoT of a goblin sapper. Having done all of Ered Luin (almost – a couple of deeds went unfinished because I didn't feel like killing another 60 spiders) I was already over-level for the initial quests in Br 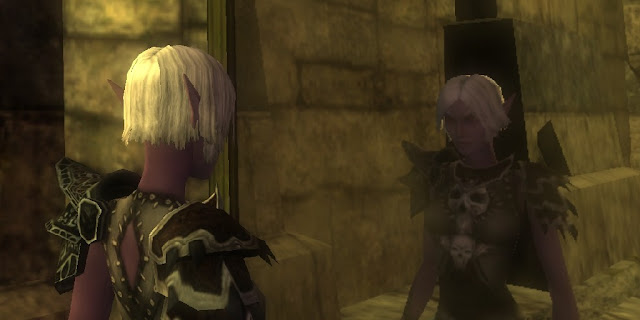 Multi-classing sounds like a good idea in Dungeons & Dragons Online , but... It was during my first 24 hours in this game that I made the decision to multi-class.  In the end I didn't go Rogue/Artificer but rather Rogue/Wizard, and I'm now 4/3 in these classes.  In theory I'm level 7.   In theory.  In practice almost every time I've ventured into a level 7 dungeon the first or second combat encounter has ended so decisively badly that I've hurried back to level 6 quests.  This has left me wondering if my actual character is underpowered.  I daresay I'd have more hit points, and hit better/harder if I was a level 7 Rogue only, but against that there's no denying that there have been times when my access to magic has saved my violet skin. If I'm sharp enough to make use of it.  It's also possible that the build isn't underpowered and I'm just playing very badly at the moment.  DDO is a peculiar mix of very simple gameplay - the basic combat